Principal component analysis is a method used to reduce the number of dimensions in a dataset without losing much information. It’s used in many fields such as face recognition and image compression and is a common technique for finding patterns in data and also in the visualization of higher-dimensional data. PCA is all about geometrically projecting the data onto lower dimensions called principal components (PCs). How important PCA is to the machine learning and AI community can only understand by searching the term “Principal Component Analysis” in google scholar. I have added a snapshot of my search result. (28-Aug-2018)

Before diving into the mathematics of PCA, lets compress a sample image using the standard PCA algorithm provided by sklearn. This will give the readers a head start into the power of PCA.  For our example I am using the below image.

As you can see in the above images, we haven’t lost a lot of information until around 50 components. This is why PCA is one of the most important algorithms when it comes to image manipulation and compression.

The full code I used for generating the above analysis is given below:

Now, let’s understand the mathematics behind PCA. First I will attempt to give some elementary background mathematical knowledge required to understand the process of PCA. You can skip the sections with

which you are already familiar with.

where xi is the observed values in our sample dataset. x with a bar on it is the mean of the samples, and N is the number of observations. The below graph shows the distribution of IQ scores. It is evident from the graph that the majority of people have an IQ between 85 and 115. The curve is wider in this case with 68% population accumulated towards the median.

Variance is another measure of the spread of data in a data set. In fact, it is simply standard deviation squared. The formula is :

The formula of variance can also be written as:

When dealing with more than one variable our variance or you may call it covariance becomes:

Let’s take for example the movement of two stocks that I think may be correlated, HP and Dell, and try to find the covariance. Below is a table which shows their closing prices for one month. 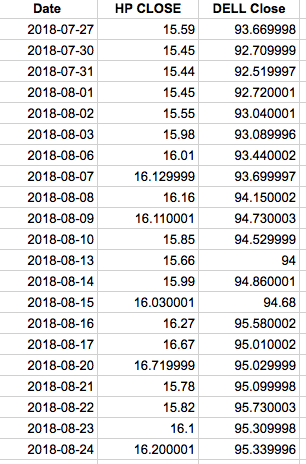 We will use this data to find the correlation as positive or negative. If the value is positive, it indicates that both dimensions are increasing together. If the value is negative, then as one dimension increases, the other decreases.

As you can see, the covariance equals ~0.23 which is a positive number, so we can assume the two stocks are moving together.

If your dataset has more than 2 dimensions then it can have more than one covariance measurement. For example, if you have a dataset with 3 dimensions x, y and z, then the covariance of this dataset is given by:

Let’s see how the covariance matrix looks like when we have another stock added to the analysis. This time lets pick VMware price data.

Which is a representation of:

Understanding these two properties is the most important part of understanding PCA. An eigenvector is a vector whose direction remains unchanged when a linear transformation is applied on it. In mathematical terms, an Eigenvector when multiplied to a vector gives a product of the Eigenvector itself with a scalar.

The best explanation of Eigenvectors and Eigenvalues is given in the below video. I wish I had this video when I learnt about Eigenvectors for the first time.

Now, let’s do some maths and find the eigenvector and eigenvalue of a sample vector. 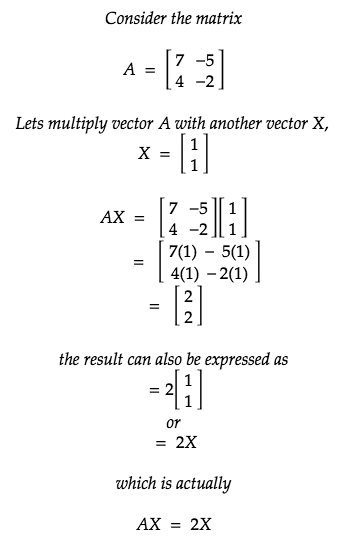 As you can see in our above calculations, [1,1] is the Eigenvector and 2 is the Eigenvalue. Now, lets see how we can find the Eigen pairs of a sample vector A. 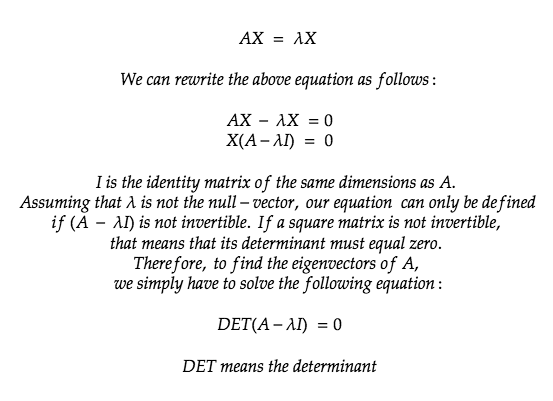 Replacing the value of our vector A in the above formula we get: 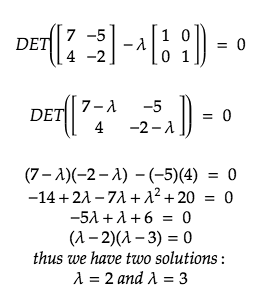 With the found Eigenvalues, let’s try and find the corresponding Eigenvectors which satisfy AX= λX. 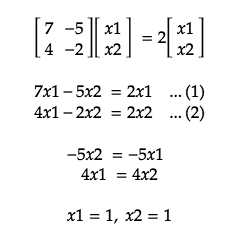 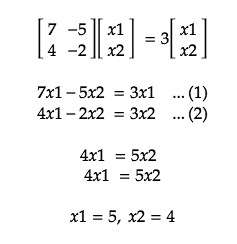 We will attempt to project a 2 dimensional to 1 dimension.

Step 1: Get the dataset 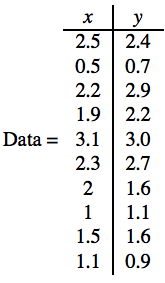 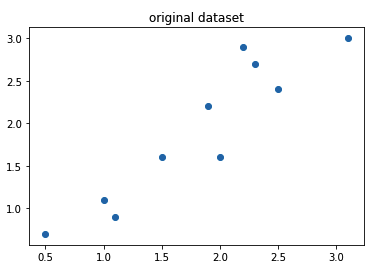 Step 2: Subtract the columns with its mean. 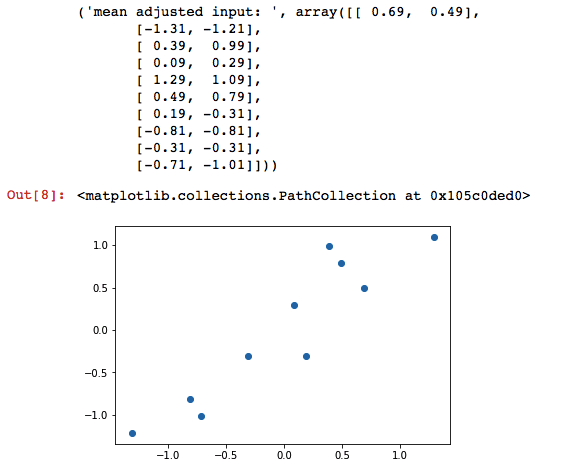 Step 4: Find the Eigenvectors and Eigenvalues of the covariance matrix

Step 5: Choose Eigenvectors (principal components) with the highest Eigenvalues and then multiply it with our original data matrix.

The above array is our lower-dimensional representation of our original dataset in 2D.

The full code is here: PCA from scratch for 2 dimensional dataset.

There is another one that is for 3D data: PCA from scratch for 3 dimensional dataset.ipynb.

PCA’s main weakness is that it gets highly affected by outliers. There are many robust variants of PCA which act to iteratively discard data points that are poorly described by the initial components. Scikit-Learn contains a couple interesting variants on PCA, like RandomizedPCA and SparsePCA, both are present in the sklearn.decomposition submodule of sklearn.