When we read something we understand and memorise the gist of the sentences. We can express many things from those simple sentences,  a lot of which has not even been expressed clearly.

As an example, consider the below sentence taken from Wikipedia about Apple Tree.

The apple tree (Malus pumila, commonly and erroneously called Malus domestica) is a deciduous tree in the rose family best known for its sweet, pomaceous fruit, the apple. It is cultivated worldwide as a fruit tree, and is the most widely grown species in the genus Malus. The tree originated in Central Asia, where its wild ancestor, Malus sieversii, is still found today.

The above sentence can be expressed as 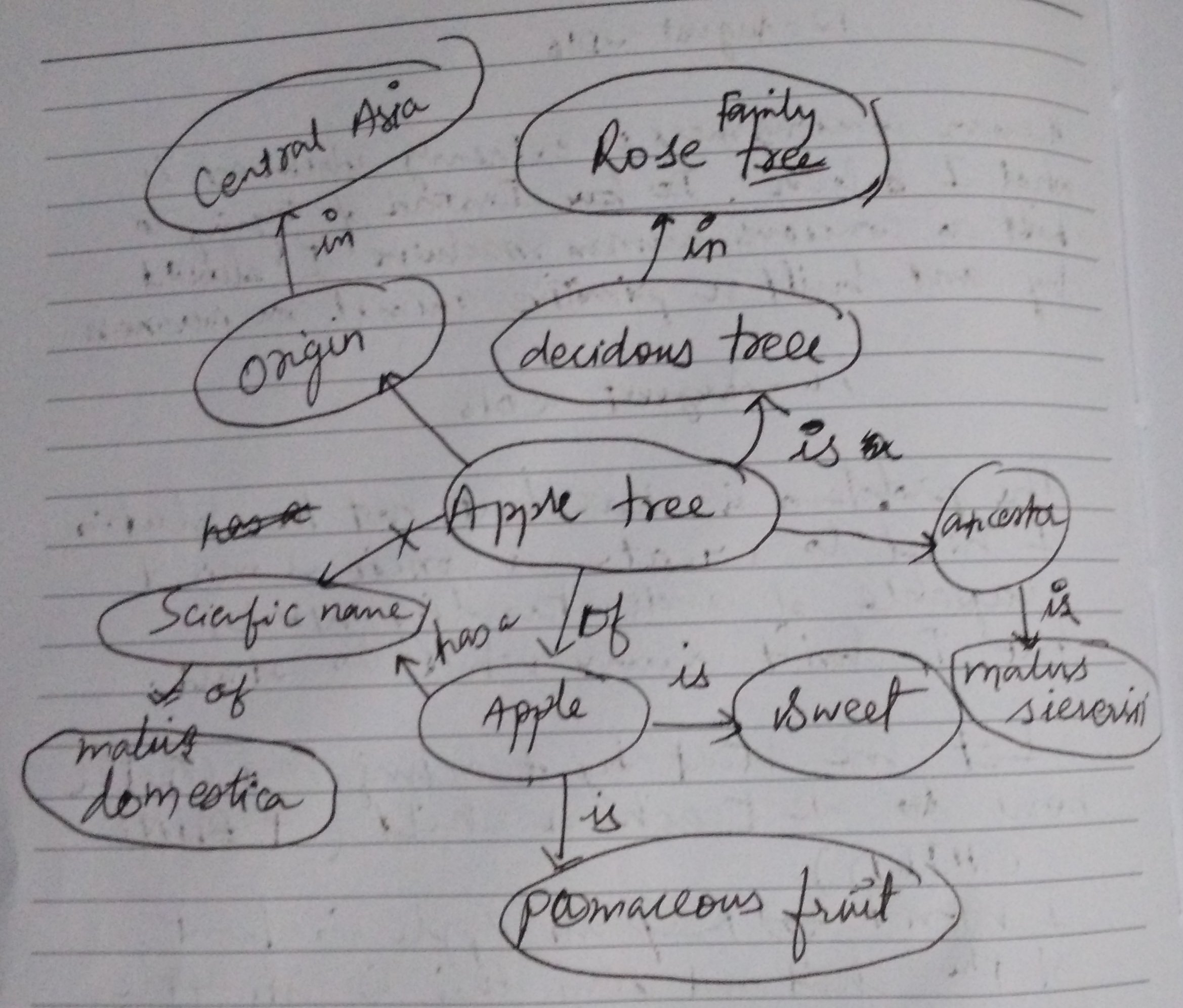 The above representation can be used to derive so many other facts.

Malus sieversii is the ancestor of Apple Tree. Apple is a sweet and Pomaceous Fruit. Malus domestica is the scientific name of Apple. ‘

Inference: This looks like a promising methodology but fails miserably when it comes to building the hand drawn structure like above using a computer. The sentence used for sampling is probably the simplest sentence I found to build this hierarchy. The remaining sentences in the same wiki page is extremely tough to structure using the above method without human level understanding of the knowledge represented and moreover this way of solving the problem of thought machine would fail the challenge of Chinese Room Experiment.